Shopping Cart
Your Cart is Empty
Quantity:
Subtotal
Taxes
Shipping
Total
There was an error with PayPalClick here to try again

Thank you for your business!You should be receiving an order confirmation from Paypal shortly.Exit Shopping Cart

May Allah grant His favor and promise upon the Prophet and positive Muslim in this community to be successful. (Qur'an 3:104)

As Allah tells us in the Qur'an 3:110 "You are the best of people, involved for mankind, in joining what is right, forbidding what is wrong, and believing in Allah. 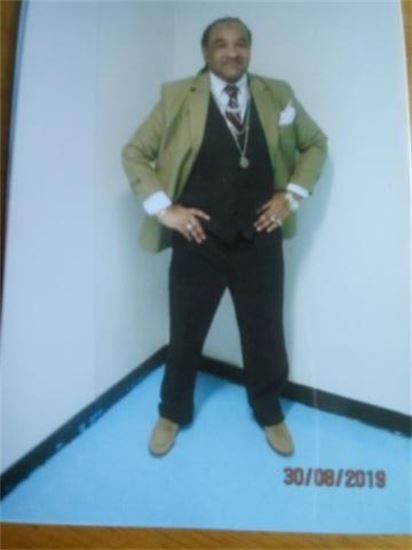 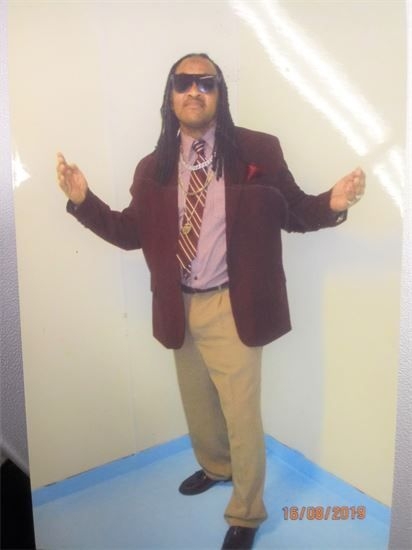 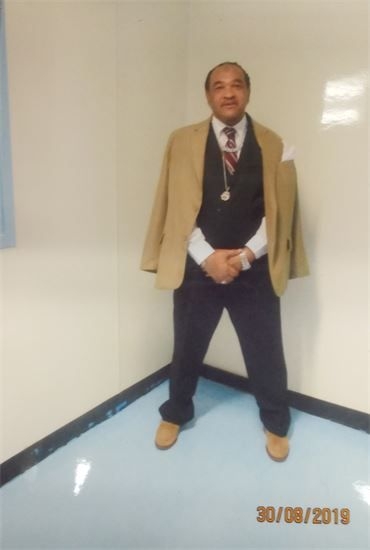 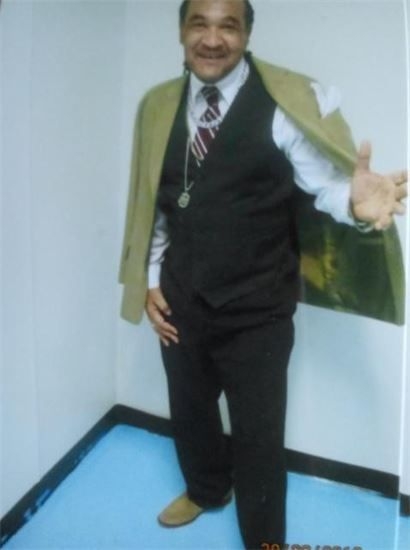 This film on the rise will be based on the number one book, authored by Dan Rose and the books by Russell Tinsley "The African American Muslim Leadership Reform" and "Civilly Committed" from their own personal experience and lifestyles of growing up in the South Philadelphia Center City Society surviving astonishing journey from the bottom to the top.

This is an independent movie project, you will want to see 100 times, given Russell Tinsley the credit he deserves, from where he came from and to where he is headed unstoppable, as young professional building wealth and loving it, an "Unfinished Success Unlimited Associates Production Business True Life Story". Russell Tinsley also as (Mac-T) weaves a tale about his most powerful unfinished upbringing success unlimited associate production business true-life story, without all the lies, betrayal and deceit told about him by his haters, enviers and jealous people who to destroy his reputation as the street life hustler.

The Black American Street Life got him his first experience with the law and into a life of crime when he's set-up and by his old gang rival, family, friends, members of his Islamic faith, law enforcement agency and the court, where it resulted for him getting criminal record, unrelated to his entertainment business as an executive in corporate America.

His Black American Street Life experience affirmed his status as one of the brightest hustlers, but with talent working in the entertainment industry. Russell (Mac-T Tinsley) is a Chief Executive Officer of the Playza Club Records Co., and Pimpin Entertainment Network is writing his highly anticipated bio movie strip.

Born and raised in South city. Russell (Mac-T Tinsley) rose from the Black American Street Life as a hustler and/or to some will call a criminal to prominence with his debut CD album (Ya Invited To My Gangsta Partie) to start and run his own record label.

The books were selected for Russell (Mac-T Tinsley) movie project and he is writing his own highly anticipated movie script, about his story, to affirm his status as one of the brightest talents working in the modern entertainment and fashion industry. A true success story to be told Russell (Mac-T Tinsley) film "Black Americans Street Life" a true success story that might help the secrets behind the wicked people in America still trying to keep the black Americans locked down in chains as slaves, and are kept lock away in prison cells for life.

A brilliant writer investigates the Black American Life, and a hustler from the streets of, sent to prison and then civilly committed for some crimes he didn't commit, became a famous artist and a record label boss still while in the American prison system, but his heated nature and secretive kingpin attracted the attention of a movie studio mogul who wants to release this unfinished success unlimited associate production business true story, as Russell (Mac-T Tinsley) weaves to tell about his Black American Street Life experience coming from nothing to something.

A donation can be done by checks

Money orders and deposits to Bank Of America

To all the books, please click on the images:

The African American Muslim Leadership Reformed Taking On The Responsibility To Lead Humanity.

For extra and employment, email resume at

You can download and read all the above books for a small purchase.

We hope you continue to enjoy our music, these readings, and go to see our movies.

In the name of Allah, The Most Gracious, the Most Merciful.

Allah "SWT" Allah tells us in The Noble Qur' an.

Get your subscription to the Muslim Journal because our young people shall lead the way and see the full picture. They will continue to learn how to pick up the mantle passed on by Malcolm X (Al Hajji Malik Al-Shabazz,).

Representing the honorable Elijah Muhammad and creation of Muhammad Speaks newspaper in the 1960s.

Inherited by our Muslim leader Imam W. D. Mohammed in 1975 and today, with our new contemporary leadership they will continue to utilize the unique language and school of thought ushered in by Imam W.D. Mohammed speaks.... (Insha Allah)

As an associate of the community of Iman W. Deen Mohammed, and a representative of the Mosque Care, and supporter of the WDM Ministry, my father always instructed me as his father the Honorable Elijah Muhammad instructed him with the Qur'anic message from Surah 31 Luqman Verses 13-15 Luqman's advice to his son "Ya Bunia".

Ayat 13 "And remember when Luqman said to his son when he was advising him, oh my son, join not in worship others with Allah, Verily Join in others in worship with Allah is a great wrong indeed."

Ayat 16 "Oh my son indeed if wrong is equal to the weight of a grain of a mustard seed and tho it be within in a rock or in the heavens or in the earth, Allah will bring it forth. Verily, Allah is Subtle and bringing out that grain well aware of its place".

Ayat 17 " oh my son perform asalaat and join on the people Islamic Monotheism and all that is good, and forbid people from doing wrong and disbelief and the oneness of Allah polytheism of all kinds and all that is evil and bad and bear with patience, whatever befalls you. Verily these are some of the important commandments ordered by Allah with no exceptions."

Iman W. Deen Mohammed, named me Bunia which means in Hebraic "Oh My Son" from the same Surah Luqman 13, 16 and 17. You can also read more information about this that's contained in Iman Michael "Mikal" Saahir's Book The Honorable Elijah Muhammad: The Man Behind The Men pages 172 - 177. Also read the African-American Muslim Leadership Reform taking on the responsibility to lead humanity by Bunia Muhammed aka Russell Mac T Tinsley, pages 37 - 51.

I am now asking the Pioneers for their assistance, form a scholar and historian of the Nation of Islam, and the Mosque Care/WDM Ministry to assistant me in the approval and accuracy and fidelity of my new film.

With my above new plans to produce a movie at the Tyler Perry Studios, this movie is about the nation of Islam-Muslim leaders especially Iman Mohammed (RAA) impacts on my life personally, and the impact his leadership had on Islam in America specifically when he led thousands of Muslim from the Nation of Islam to Sunnah Islam as practiced by Muslims all over the world.

In addition, this movie will be based on my published books, the African-American Muslim Leadership Reform taking on the responsibly of leading Humanity, the Black American Street Life, Civilly Committed, The Honorable Elijah Muhammad: The Man Behind The Men as well as Return to Innocence by Iman W. Deen Mohommed: The Transitioning of the Nation of Islam. The movie will also give recognition to the creativity, time and effort I put into my writing, to clear up the mistaken and misleading information about me personally and professionally and about our religion of Al-Islam, our beloved prophet Mohammed (PBUH), or most importantly the misunderstanding about Iman W. Deen Mohammed teaching in our belief in Al-lah, (SWT) and what his WDM Ministry teaches us in the Holy Book about the only true religion Al-Islam.

I sincerely want to produce this movie at Tyler Perry Studio and to share my talents, concerning the work i am doing as the founder and producer of my own entertainment business, "playza Club Records Company". And my religious foundation Muslim American Community Tribute and where I started by promoting myself as a Muslim artist, who became to manage other artist Careers.

Even tho my entertainment business is involved to attract young people who aspire to enter the music and modeling (school of performing arts showbiz), by giving them an opportunity for training and to get a job or a contract deal in the industry. I am still a Muslim under the knowledge and guidance of my father and Muslim leader Iman W. Deen Mohammed's Ministry.

It should be encouraging to get the pioneers' approval and assistance to produce this movie at Tyler Perry Studio that will continue to help in using our talents to serve the Lord and minister to others through our writings, movies, music, fashion, business, and trade.

As the maker of this film, I honor the pioneers pioneering achievements and/or African-American (Bilalinians) Muslim History.

Please continue to hold the community and association with Iman W. Deen Mohammed's aim (AIM) and main concerns and prayers daily, which everything we do would be by G-d (Allah's) (SWT) clear guidance & provisions. Our heart's desire is always to follow and glorify Him and His (SWT) calls. Allah-u-Akbar.

Please let us praise Lord Allah (SWT) will grant us knowledge, wisdom, and understanding to achieve great economic wealth and greater than our Arab Brothers & Sisters in Saudi Arabia, As we seek his forgiveness, mercy and the courage to boldly follow where He leads us.

May Allah (SWT) bless you, the pioneers and Muslims all over the world and keep us in His mercy & Grace. (Insha' Allah).